Cost Of Living In Zurich, Switzerland

Switzerland is undoubtedly a dream place to spend time for countless around the globe, and for a good reason. The alpine ranges, the numerous lakes, and the expensive watches all of these just make you want to spend every day of your life in Switzerland. The country is a mixing pot comprising a long list of different cultures, flavors, and sceneries. That's why it's on top of every tourist's bucket list right now, despite being among the most expensive countries to thrive in.

However, though Switzerland is a land of many tastes, things in the largest city of this country, Zurich, are on a different level. Located in the north-central part of Switzerland, this delightful city is always a buzz with fun activities, diverse events, and the host to the most bizarre and vibrant nightlife. The fun and leisure time in Zurich come with a heavy price tag, as it’s been listed as the second most expensive place to live, according to Mercer’s 2022 cost of living index report.

If you're thinking of moving there, but have no idea about the living expenses, we're here with a perfectly crafted guide that will help. Our guide will give you an approximate overview of the cost of living in Zurich, Switzerland. Zurich's cost of living, if it wasn't already obvious, is way higher than 95% of countries in the world. Coupled with a high inflation rate, this is the reason why most people opt out of moving to Zurich.

Nevertheless, if you're adamant about living life in Zurich, and want to experience the depths of Switzerland's culture and views, here's a breakdown of the cost of living in Zurich. 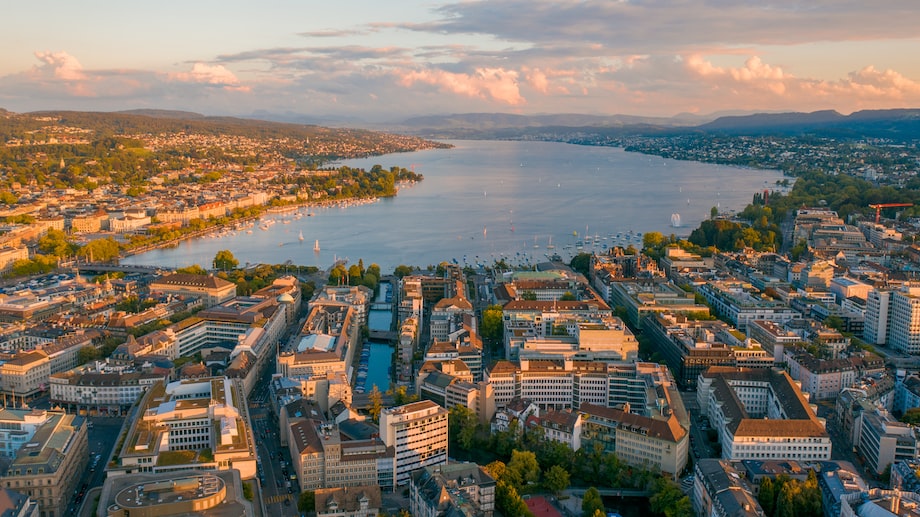 Overview of Cost Of Living in Zurich - One Month in Zurich, Switzerland

In general terms, we’ve made it clear that living in Zurich can be expensive, but in numbers, what does that translate to? Let’s put it this way. A net income of anywhere between 6000 CHF to 8000 CHF (CHF is the currency used in Switzerland, also termed as Swiss Franc) is average in Zurich. Considering how 1 CHF and 1 USD are almost the same, the salaries in Zurich are exponentially higher as well, not just the living expenses.

If you’re a single person thinking of living in Zurich, you need at least 3500+ CHF to make ends meet. Living a comfortable life comes with greater price points than that. Also, you can check the cost of living amounts under the categories on the Cost of Living in Zurich, Switzerland page.

These numbers vary according to your lifestyle, but for a couple, the average monthly expense is between 4000 CHF - 6000 CHF. Apartment rents go anywhere from 1,500 - 2,700 CHF for a month. That's why you need more than 7500 CHF monthly to cover food, transportation, insurance, and other things. Surviving on less than that is undoubtedly possible, but only if you’re okay with counting every Swiss Franc, you have in your bank account. 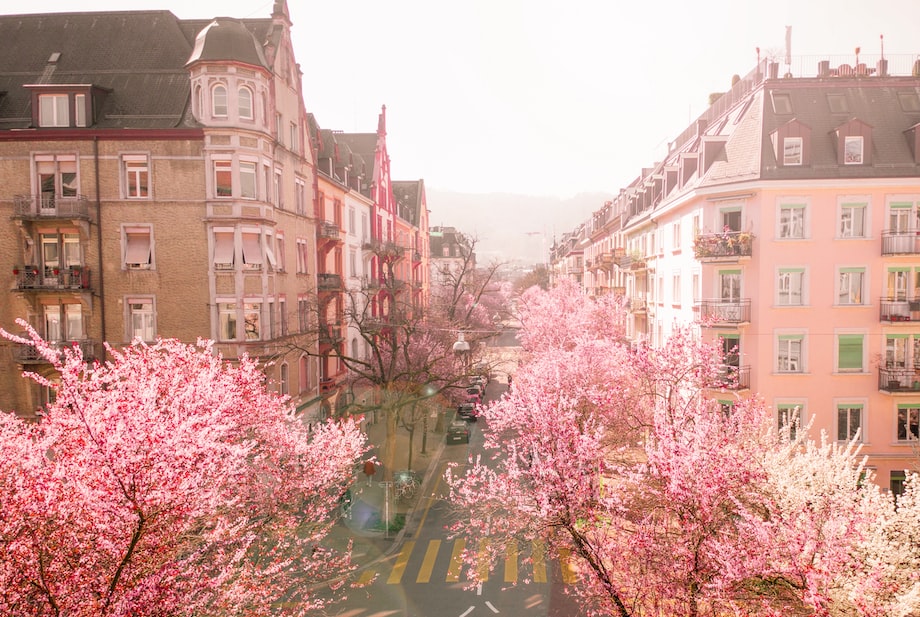 Wages and Salary In Zurich

Salaries in Zurich go from one spectrum to the other. In a statistical analysis of average wages in Zurich, SalaryExplorer revealed the numbers to be anywhere between 34,500 CHF (the lowest possible salary) to a staggering 609,000 CHF (the highest potential salary) annually. On average, a single person earns 136,000 CHF in a year, 11,333 CHF a month.

In addition to that, other statistics also show that the standard wage for men is slightly higher than the wage for females. The average monthly income for men is anywhere from 5000 CHF up to 8000 CHF, while that for females is lower, with the range being 4000 CHF to 7000 CHF.

Contrary to popular belief, finding accommodation in Zurich isn't easy. The reason for that is that Zurich is a trendy place. Despite being expensive, it's the number one touring spot in Switzerland, with expatriates pouring in exponentially. However, shocking, less than 40% of the population here own their properties in Zurich.

That isn't without reason. Owning your property in Zurich comes with a heavy price tag, with more than 12,000 CHF being demanded per square foot of the property. This number alone puts owning property out of the question for a large population living in Zurich. Consequently, the strict impositions of the Swiss Government also make owning property for non-nationals difficult.

Renting apartments is much more convenient and affordable in Zurich. The average rent expense ranges from 1,500 CHF to 6,000 CHF, which holds for both single and married people. However, accommodation for a single person living a moderate lifestyle can go up to 3,500 CHF a month. That, for couples, is a bit higher, with the range being 4,000 CHF to 6,500 CHF a month.

Cost Of Utilities In Zurich

The energy market of Switzerland is privatized and drives its money for electricity and water. Gas is hardly ever used by residents here in Zurich due to its extremely high costs. The utility bills that residents in Zurich have to focus on are electricity, water, and waste reduction bills.

Billing usually happens every six months, depending on where you're living. In most cases, the bill combines all of the utilities used (gas, electricity, and water) for a given period, which, on average, goes up to 210 CHF. This number depends entirely on your lifestyle, and how you use your resources daily. Surprisingly so, the water cost is much lower in Zurich as compared to other popular European countries.

Cost Of Food and Drink Utilities In Zurich

The average grocery bill of a resident living in Switzerland is much higher than in other European countries, especially in Zurich. Food and other ingestible items cost 20-30% more. Take milk, for an example. A carton of milk costs about 1.69 CHF. 1 KG of cheese from a popular brand has a price point of 26 CHF, which lasts about a month. Popular beer and red wine are priced at 2.60 CHF and 15 CHF, respectively.

Students living in Zurich hardly ever dine out because it is expensive. A moderate three-course meal in Zurich will easily take about 120 CHF out of your pocket. If you're going to a cheap restaurant, expect to pay 30 CHF for a single person anywhere you go. As for breakfast coffee, a cup of cappuccino costs up to 5 CHF.

Seeing how expensive the cost of living in Zurich, Switzerland can be, taking public transport is way more efficient than buying a vehicle here. Not only is buying a car expensive here in Zurich, but it's also way more expensive paying for parking spaces in the city.

Talking about public transport, it's an easy way to commute to work, and generally, tour the city. A day passes for public transportation, one that lasts for 24 hours, costs 8.60 CHF. On the other hand, a one-time ticket valid for an hour costs 2.85 CHF, which is why getting a day pass is way more economical. Children under five travel for free, while teenagers up to 16 years travel for half the price. You can also get a monthly pass for 88 CHF or an annual one for 782 CHF. These options are much better if you have a regular commute to work, as you're getting lower prices than if you're paying every day.

Private transport is way more expensive, as mentioned before. Taxi fares in Zurich start from a low of 3.85 CHF for a mile, which is even higher when coupled with waiting times. Regarding having your car, the median price for renting parking spaces is currently 120 CHF, which makes it nearly unrealistic to own a car if you've earned an average income. 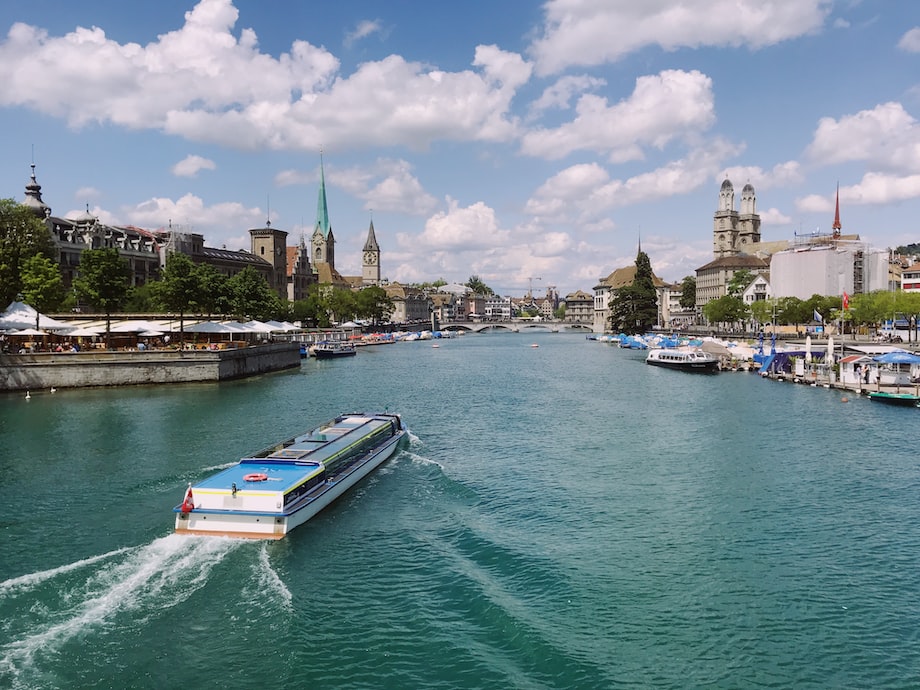 Childcare holds excellent importance in Zurich, with one in every three children attending a childcare service. More than 2000 daycare services spread throughout Switzerland, with Zurich having the most of them.

Before we get into the childcare costs in Zurich, here are different types of daycare services being provided in Zurich :

Most daycare facilities are privatized and are not owned by the country, which is why they can be expensive. Prices vary from daycare to daycare but increase with the number of children. They also vary according to how much you're earning in a year. Infant costs at daycare can go up to 90 CHF a day, while that for a baby nursery goes up to 150 CHF.

Cost of Leisure Activities In Zurich

Leisure Activities, especially buying apparel, can cost 25% more than in the neighboring countries of Switzerland. Zurich, being the most expensive city in this country, is no different from this metric. A single pair of jeans from Levis can set you back at 140 CHF. A cute summer dress from affordable brands like Zara costs anywhere around 60 CHF.

If you’re a sports person, things don’t change much in that area as well. A pair of running shoes from brands like Nike and Adidas can go up to 120 CHF. Running shoes. For gym-goers, expect to pay anything from 500 CHF to 2000 CHF annually, as narrated by Comparison their gym membership comparison in Zurich.

Some Close Cities to Zurich

Zurich is surrounded by a bunch of different beautiful cities, ones that inhabit serene towns that make up for great day trips. A few of these cities that are close to Zurich include :

The first on this list of cities close to Zurich, called Zollikon, is one of the most exclusive districts that happen to be in Switzerland. This canton in Zurich is filled with beautiful views with many elegant condominiums that are being built to look forward to. Wallisellen, another municipality district in Zurich Canton, is home to a wide selection of attractions, which make it worth visiting.

Zurich has moderately cool temperatures all year round. The summers in this beautiful city last for about 3.3 months, starting from the end of May to the first week of September. As for winters, they last a tiny bit longer, going up to 3.6 months in a year. The winters start from mid-November and go on until the first week of March.

Though all seasons are beautifully serene in the city of Zurich, from a tourist point of view, it is highly recommended to visit in the summers. This means that anywhere from July to September is the most optimal condition to visit Zurich if you're thinking of a getaway. As for rain, most rainy days are seen in June, with rain falling every other day. February, on the other hand, is much drier.