Ten years ago, Europe was coming out of a severe economic crisis, and the southern countries were the most affected. At this time, Portugal started to receive attention from the World as the perfect country to go on vacations and start a new life. The Portuguese government saw this as an opportunity, and since then, there has been an increasing commitment from the Portuguese government to promote Portugal's qualities all over the World.

If we look at the tourism data, we see an exponential growth of tourist arrivals in Portugal. According to Eurostat, in 2009, the number of tourists was 14.1 million, and just ten years later, in 2019, the figure reached 27.9 million visitors.

The growth in the number of tourists was accompanied by increasing demand from foreign citizens looking for ways to move to Portugal. In 2012, the Portuguese government launched the Golden Visa program, a residency-through investment scheme for non-EU citizens. This program was created to attract foreign investment. The investment associated with the golden visas has already exceeded 6 billion euros (the same amount in USD at the current conversion rate). In addition to the golden visas, several programs to attract foreigners have placed Portugal at the top of the most popular destinations for people looking to move to another country.

Digital nomads have grown all over the World in recent decades, in line with the digitalization of the economy. In the United States alone there were, in 2018, 4.8 million remote workers with no fixed residence, according to a study by the consultancy MBO Partners. In 2020, the World was surprised by a pandemic. It brought many changes to work dynamics, allowing many professionals to perform their tasks anywhere in the World, the only condition being access to the internet. In Portugal, there has been a growing demand for the country by the so-called "digital nomads" and families looking to give their children a calmer life. For the foreigners reading this article, you may wonder why Portugal is such a trendy country, so let me explain this. 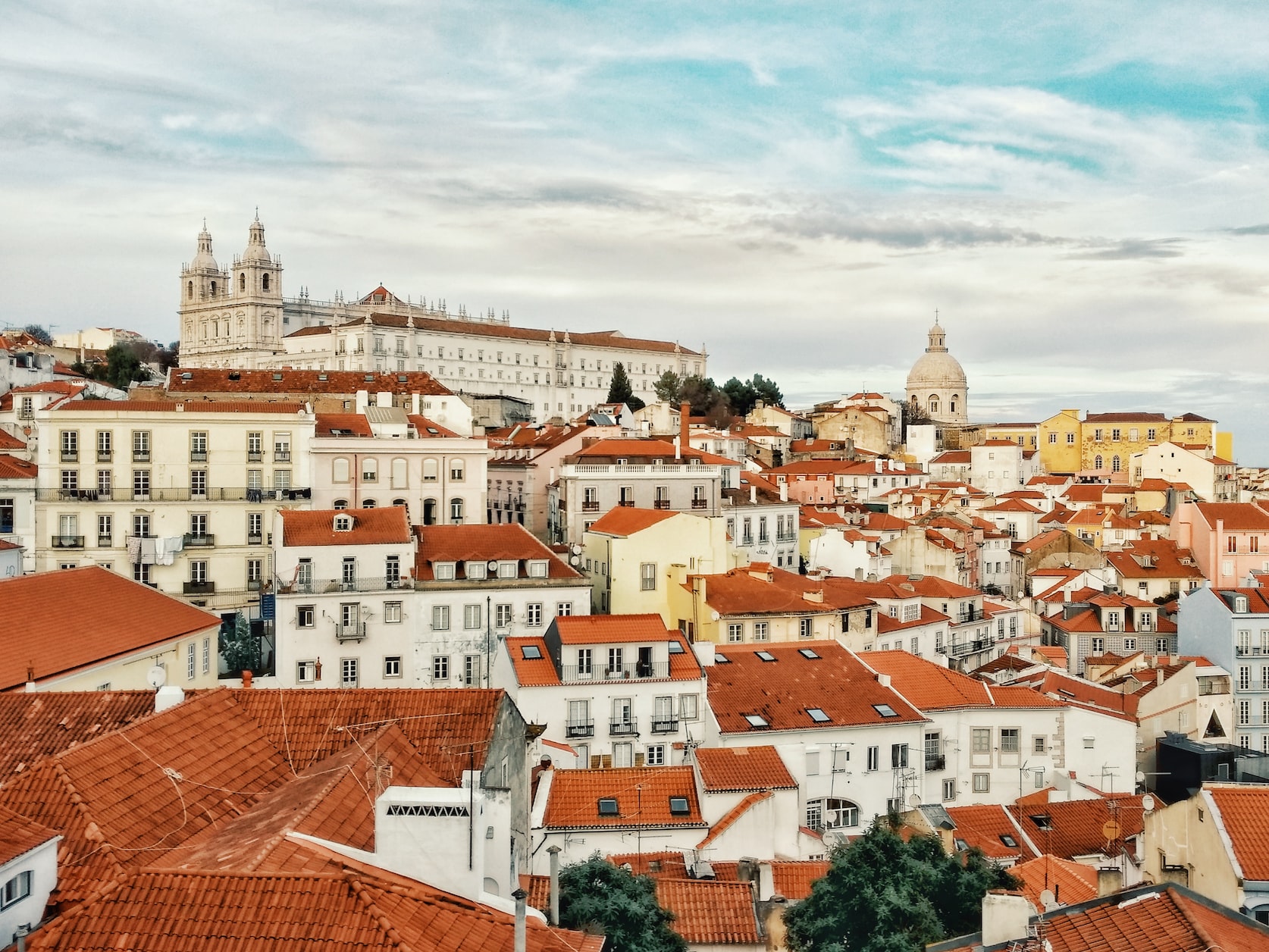 1. Why do digital nomads prefer Portugal?

"Portugal está na moda e recomenda-se" is the new popular saying that you can hear on the streets of an increasingly multicultural country, meaning that Portugal is trendy and highly recommendable.

Portugal is a country of choice for foreign families and retirees looking for a place in the sun in southern Europe and increasingly for digital nomads. Known for its gastronomy, hospitality, and fantastic beaches, these reasons alone are more than enough to justify a relocation to Portugal, but there are still more reasons that explain this new trend. Portugal also offers tax benefits to foreigners moving to the country. Several reasons make Portugal a desirable destination, and now we will explore each one of them:

Portugal has been paying attention to new migration trends, particularly among digital nomads. With the new visa, citizens from outside the European Union and the European Economic Area can live and work abroad from Portugal for up to one year. Until now, there was no simple way for temporary residents to work remotely in the country. Previously, most digital nomads applied for a tourist visa or the D7 model, intended mostly for retirees who wanted to come to Portugal. All remote or independent workers earning more than 2700€ (the equivalent in USD) per month can apply for this visa and now find it easier to move to Portugal. This new visa creates more adjusted rules for remote workers who want to do their work from Portugal. In addition, it helps companies to allow their employees to work from Portugal for a limited time because they will be legally protected in terms of taxes.

One of the most significant benefits of obtaining Portuguese residency is how quickly you can get full citizenship if you so desire. Portugal is among the EU countries that offer the fastest path to citizenship, and compared to many other countries; the process is quite simple. You must maintain residence in Portugal for five years before applying for citizenship and take a test to demonstrate sufficient knowledge of the Portuguese language and active ties to the national community. Portugal also allows dual citizenship, which means you can maintain citizenship in your home country, which is not always the case in other countries. An EU passport offers many advantages, including the right to travel, live, work and study freely throughout the European Union without restrictions.

The number of people who fit the 'digital nomad' profile interested in moving to Portugal has increased, and the tax aspect is one factor contributing to this interest. The Non-Habitual Resident (NHR) regime has contributed a lot to this. This regime was created in 2009 to make the country attractive from a fiscal point of view in order to receive professionals in areas considered strategic and pensioners willing to live, consume and invest in Portugal. This status allows you to pay 20% of your income from work or professional activity instead of the progressive rates of this tax that go up to 48% for Portuguese citizens. To access the NHR program, it is necessary not to have been a tax resident in Portugal in the previous five years and to exercise one of the high value-added activities listed in the ministerial order published by the Ministry of Finance. You can benefit from the NHR for ten years if you meet the criteria.

Living in a peaceful environment, where safety is guaranteed, has become essential when war rages in Europe, crime rates have skyrocketed in various parts of the globe, and different political regimes have become increasingly brutal. Portugal has always been among the ten safest countries in the World, even ranked third for two consecutive years (2019 and 2020), and now ranking 6th in the World. In 2020, Portugal made headlines worldwide for having recorded the lowest crime indicators in 30 years, placing it on the podium of the annual report published by the Institute for Economics & Peace. Safety has been one of the assets for attracting investment to the country, contributing to the growth of real estate, tourism, and the national economy. From investors to families seeking stability and a higher quality of life, Portugal has been the destination for many.

The weather is one of the points to consider for someone moving to a new country, especially if you are a digital nomad looking to use your free time to make the most out of the country. Portugal has a mild climate all year round and boasts over 300 days of sunshine annually, with Lisbon being one of the European capitals with the most sun-hours. Despite being a small country, the climate varies greatly depending on location. The Algarve and Alentejo offer the hottest and driest climates, with the North offering slightly cooler temperatures. The Atlantic coast also helps moderate the weather, providing a pleasant breeze during the summer months and pushing up the temperature in winter thanks to the heat stored during the warmer months. In the Madeira Archipelago, the weather is mild all year round, and the island is famous for its winters and pleasant temperatures. The Azores Archipelago is characterized by frequent rain and mild temperatures throughout the year.

The health system in Portugal is one of the most organized and effective in the European Union and even in the World. In the 1970s, after the fall of the dictatorship in Portugal, one of the most significant reforms in Portugal's health care system was instituted. The goal was to lower the barriers to getting medical care financially and physically. The right to health guaranteed in the Portuguese constitution means that all people have the right to be taken care of and receive treatment.

The National Health System allows residents to access a vast network of hospitals free of charge, financed through taxes. In addition to the public system, Portugal has an extensive network of private hospitals. Although private health insurance is not mandatory, it is recommended due to its convenience and affordable prices. For around 40 euros, you will have a great private healthcare plan. Access to health care is one of Portugal's most attractive points, especially among digital nomads from countries where medical care is very expensive, such as the United States.

In Portugal, the cost of living is much lower than in countries like England, Ireland, Scotland, and France, and it is one of the most affordable in Western Europe. Still, it is also essential to consider that salaries in the country are very low. Depending on the region you choose as your new home, it can still be 20 to 30% cheaper, especially regarding food and housing. The cost related to renting has been rising considerably over the last decade. However, the truth is that it is still much more accessible for foreigners to rent or even buy a house in Portugal than in other European countries. We will explore the cost of living in Portugal in point 3 of this article. 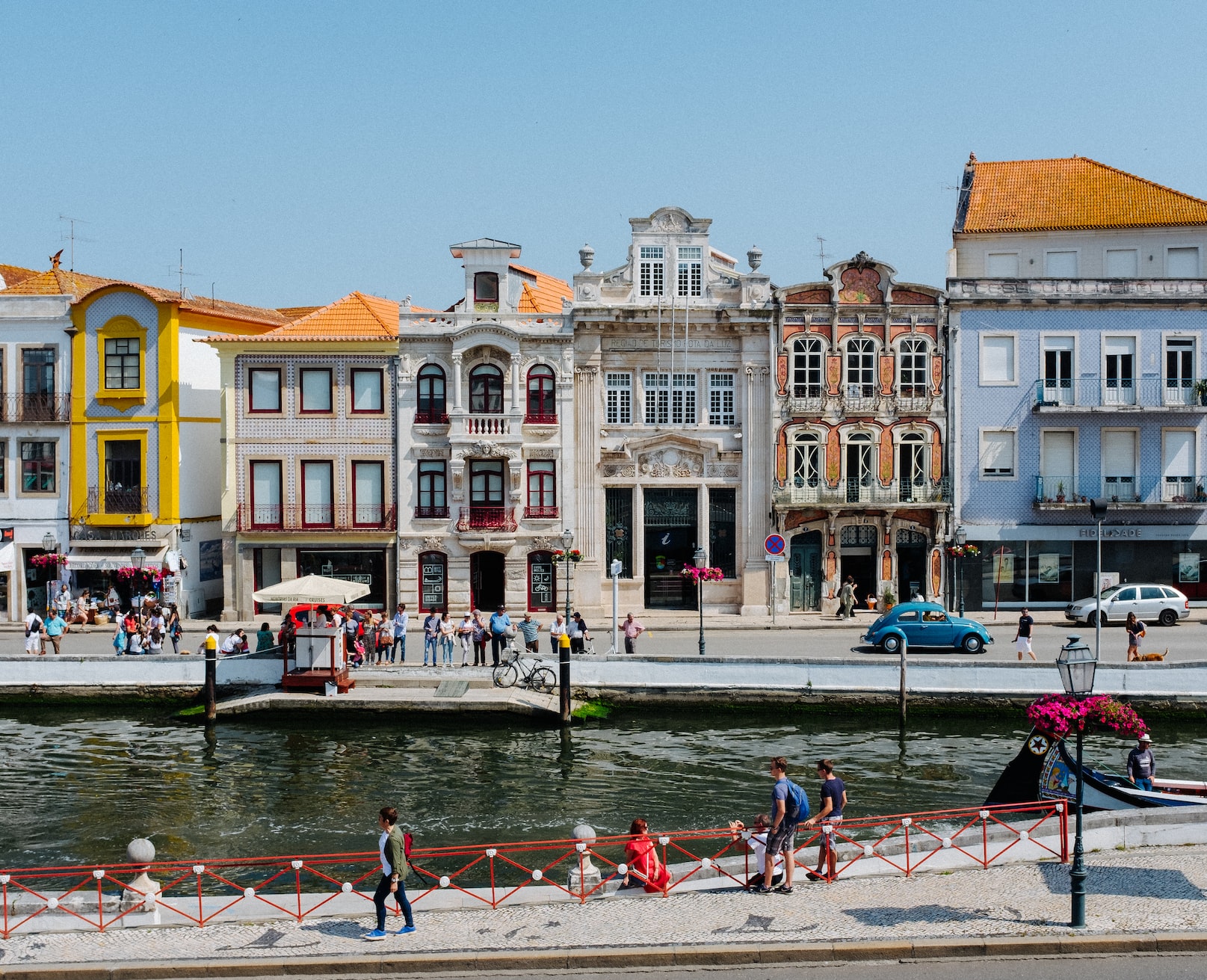 2. Most popular cities in Portugal

Lisbon: The Po rtuguese capital has 544 thousand of inhabitants. Its metropolitan area, Greater Lisbon, has 2.8 million inhabitants. Besides being the largest city, Lisbon is also the most visited by tourists in Portugal. It is the main hub for digital nomads in Portugal.

Porto: Also known as the "Capital of the North," Porto is one of the most important cities for the history, economy, and tourism in Portugal. And it is also one of the cities with the largest number of inhabitants, currently standing at 215 thousand, with the metropolitan area having 1.7 million inhabitants. In recent years it has attracted a lot of interest from digital nomads because it is a calmer city with a lower cost of living than Lisbon.

Braga: Next to the city of Porto, in northern Portugal, Braga is the seventh most populous city in the country, with 193 thousand inhabitants. It is increasingly a multicultural city with a large community of Brazilians and a large university with students from all over the World.

Coimbra: It is k nown as the city of students and has the oldest university in the country. In this city, 134 thousand of inhabitants live. Due to the importance and size of the university, Coimbra is a city with a young spirit and an exciting dynamic. It is increasingly more popular among digital nomads who seek to escape from the big cities.

Funchal: The cit y of Funchal is located on Madeira, a Portuguese island closer to Africa than to mainland Portugal. With over 100 thousand inhabitants and fantastic weather, the city of Funchal has been sought after by many digital nomads. The island has a Nomad Village and a strong investment in attracting foreigners.

3. The general cost of living info about Portugal cities

The cost of living in Portugal has increased significantly in recent years and sharply in recent months due to inflation. Since 2012, rents have increased more than 40%, and the amount paid for rent constitutes the largest portion of the family budget. For a digital nomad, the cost of living is relatively low in Portugal, especially for those with salaries from wealthier countries.

As you can see, the cost of living varies substantially between cities, and the most significant difference is precisely in the price of housing. Besides being the category with the most weight in the monthly budget, rent varies the most from city to city. The other expenses are similar in the different Portuguese cities. In addition to these values, additional costs such as going to restaurants, cabs, and extra activities must be added, but this is an added value that varies according to each person's lifestyle.

The cost of living in Portugal is lower than in other European countries, which is why it is becoming more and more attractive for those who want to live here. Now that you know why more and more digital nomads are moving to Portugal, it is your turn to decide if the country of sun, sea, hospitality, and good food will be your next home.