Vancouver vs. Toronto: Which has a Better Cost of Living?

Vancouver and Toronto are among the top cities in Canada with millions of population. Apart from the residents, thousands of tourists and immigrants arrive in these cities to explore the region and find a better living. But which of these two has a better living cost than the other?

If you are moving to any of these cities and confused about which one to pick, understanding the average expenses is the best option to compare and choose a better and easier life afterward.

In this guide, you will know about the costs of living in Vancouver and Toronto. We will cover major categories individually and also compare the life standards head to head. Moreover, you will also learn why one is better than the other so you can decide according to your need. So, Let’s Begin!

Vancouver Vs. Toronto: Cost of Living

The difference may be significant enough to affect your decision. However, each city has its perks of living. We’ll talk more about them later so you can select any city to live in according to your preference. Let’s look at what it will be like to live in each one.

Located on the western coast of British Columbia, Vancouver is among the top livable cities in the world. The stunning beauty of the Pacific Ocean on one side and exploring the heights of the North Shore Mountains on the other made life exciting in the city.

It is home to breathtaking beaches, magnificent Stanley Park, and a fascinating Chinese Garden outside China. The summers here are usually dry. However, winters are mostly rainy.

The city also excels in education with impressive schools and colleges. The University of British Columbia and Simon Fraser University also lie here. Anyone can enjoy a calm and peaceful livelihood in Vancouver. 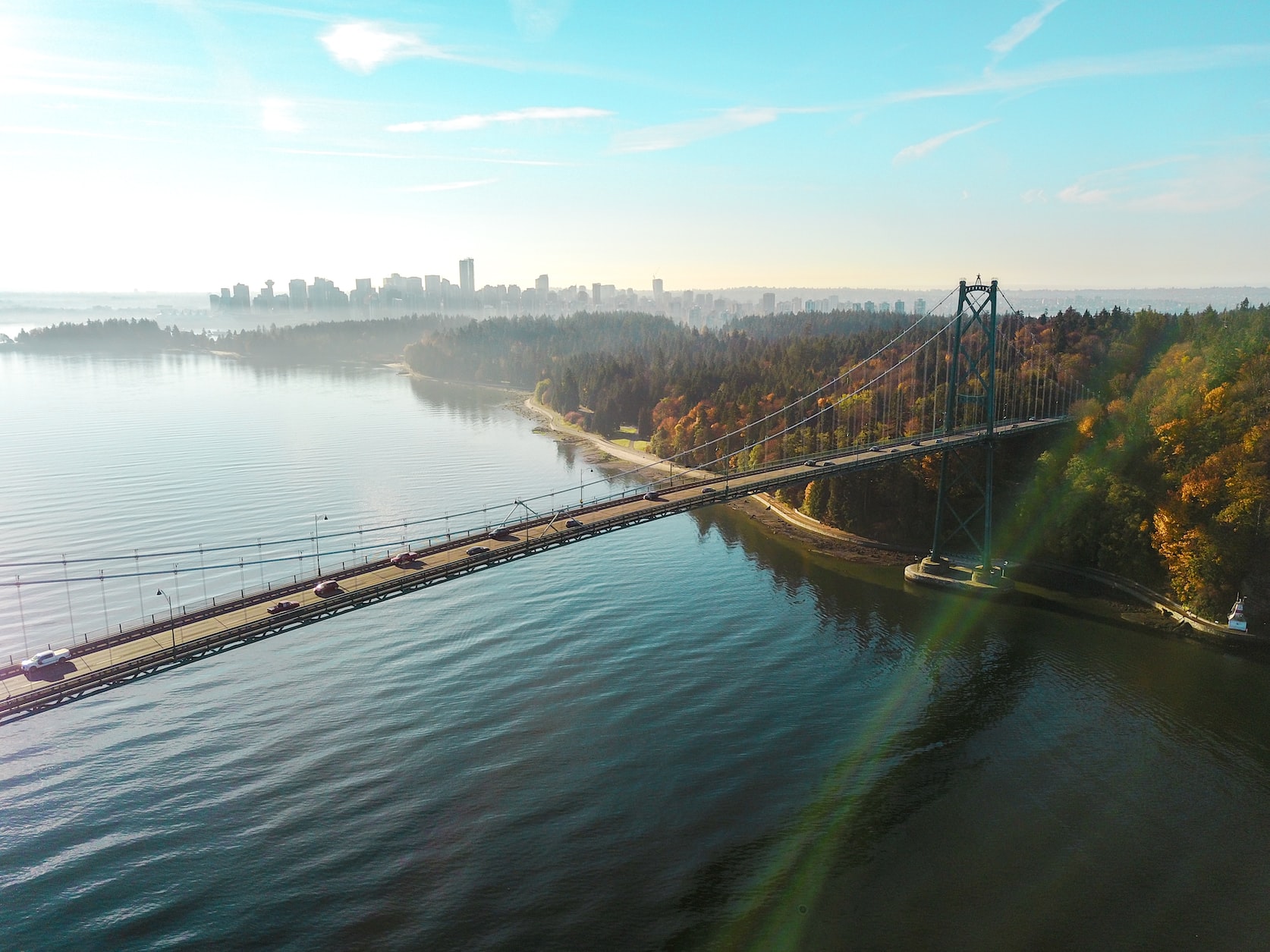 Toronto is Canada's most populous city, inhabiting almost 2.8 million residents. It is a centre of many businesses, cultures, and immigrants, and (oh yes) is the capital of Ontario. In short, you will find this city highly urbanized.

This, in fact, is a plus point of living here as you will have a multicultural community to interact with. Besides people, Toronto's climate is amazing. Summers are cooler but humid, while you will get snowy treats in winters.

It is home to the iconic CN tower, Royal Ontario Museum, and (Canada's best) The University of Toronto. Life in this city may be a bit congested, but its multicultural nature and scenic places make it enjoyable. 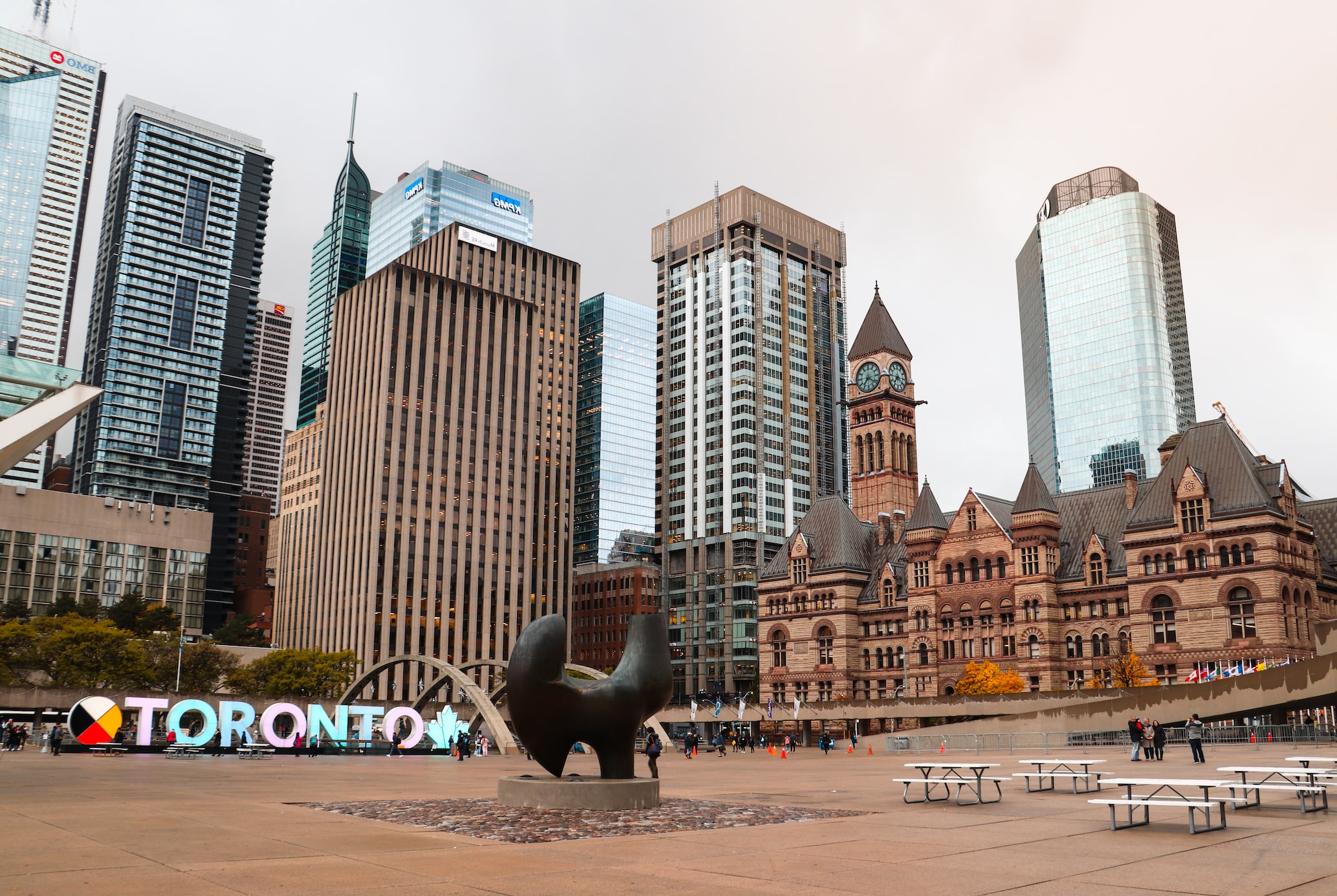 Although we've told you the average cost of living in these cities, let's dive into more detail. We'll break it down into primary sections and see how one excels the other in that particular field.

A three-bedroom apartment in Vancouver costs (approx.) $4,403 per month. While in Toronto, it will cost around $3,533 monthly.

So, residence in Toronto is cheaper for both singles and families.

Vancouver excels in utility bills as it is approximately 60% cheaper than Toronto. The average bills, including electricity, water, heating, and cooling, costs $120 in Vancouver, while the latter has a monthly $200 expenditure in this department.

However, the average internet cost is $13 costlier in Vancouver than in Toronto. It costs $80, compared to $67 per month. You will probably prefer roaming in the coastal city to opening YouTube.

Monthly grocery shopping costs around $750 for 2 person in both cities. As the consumption of these items varies from person to person, we factored in the unit prices. The items included contains milk, bread, eggs, cheese, water (1.5L), meat, rice, some fruits, and a few vegetables.

Clothing is among the few departments that don’t have much cost difference. As all brands operate the same in both cities, you will have almost similar prices in any of their stores. Maybe they differ in cents, but overall, prices of clothes, shoes and other wearable items are the same.

Transportation is another department that Vancouver leads in terms of cost. However, Toronto leads this department in terms of accessibility. It is among very few cities where you can survive without owning a car due to Toronto Transit Commission (TTC). On the other hand, Vancouver has Translink, which is great but not as versatile and widespread as TCC.

But if we talk about the fees for these transportation networks, Translink's monthly pass for 2 zones costs $137.6, while TCC’s costs $156. Moreover, the per litre gasoline price is cheaper in Ontario’s capital. So, the choice solely depends on your preferences.

If you are moving with a family, you may also be concerned about your children's education. There’s no doubt both cities offer remarkable educational platforms in their high-standard schools and colleges. However, their fees may impact your choice of one over the other.

Full-day, private preschool costs around $1500 for both cities.

You can’t just live inside the walls of your house. Of course, you will get out to enjoy and have a taste of life. That’s where entertainment costs lie. As everyone’s leisure time is different, we assumed some common ones like restaurants, tennis courts, cinemas, and fitness club monthly charges.

Summing them all up, both cities have the same costs. Although Vancouver costs less few more cents in some fields, overall you will have pocket-friendly leisure time in both of them.

We’ve been only talking about the spending till now. Let’s compare them in regard to earnings. Which one can make you more money? Since Vancouver is costing you more, it will also reward you more. The average earning salary is $4,950, compared to $3,750 in Toronto (both after removing taxes).

How Living in Toronto is Better than Vancouver

Living in Toronto can be expensive if you earn the average salary, but it is worth every loonie. The food, drinks, and entertainment variety are way the same as in Vancouver. As it happens to be a multicultural city, you have a tremendous opportunity to interact with people from different backgrounds, learn about their traditions, and have an interesting day.

Being the centre of international businesses, you have a high chance of getting a dream job and earning a handsome salary. Also, being the most populous city in Canada, the nightlife here is more lively, and moving around like shopping or recreation is more fabulous.

If you are from any country other than English-speaking ones, you can still find people from your community, as Toronto represents people of over 200 nationalities.

How Living in Vancouver is Better than Toronto

On the other hand, you will have a peaceful environment with scenic views in Vancouver. It is undeniably among the most beautiful places to live in. If you live near the coast, the deep blue ocean will refresh your sight every day. But if you live near the North Shore, the proudly standing mountains will mesmerize you every time.

And also justifying the main topic of our guide, Vancouver offers a comfortable cost of living according to the average salary. Although it is still among the expensive cities, it’s a more affordable option than Toronto. Even with comparatively higher rents, you can save more from expenses.

Moreover, Vancouver also offers you lots of sports and other outdoor activities that you may miss out in the busy life of Toronto. You can go hiking, paddling, skiing, jogging, biking, diving, anything you want. In short, you can enjoy your weekends and leisure times more vividly.

In conclusion, both cities are great places to live in and have their own perks, relative to your taste and preferences. Overall, Vancouver has a better cost of living than Toronto and exceeds in many departments.

However, if you are lucky to get a highly paid job in a city that is a centre of many international businesses, you probably get a better living. Anyways, if you are a city person and love to interact with different communities (regardless of the price), Toronto is the right pick.

But if you are a scenery-loving person, love warmer weather, and aim to save more while enjoying different activities, Vancouver is waiting for you. We hope this Vancouver vs Toronto guide will help you choose a suitable city. Happy Living!